Astrology and 2012—Earth? What Earth? 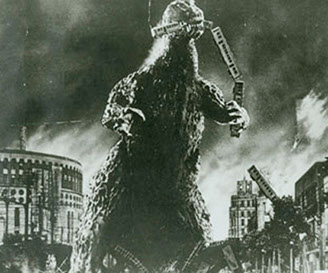 According to a lot of people, December, 2012  would have brought either great disaster, or great awakening. Many astrologers were wearing the pads off of their fingers writing about this. Most of them agreed that it would NOT be the end, nor would there be a great awakening but there would be changes.

As an astrologer, I didn’t want to be left out of the what’s-in-store-for-2012 frenzy. So here was my take on it plus a few great insights from others.

Astrology is about cycles.

All of the 2012 firestorm started with the harmonic convergence in the 1980s and it hasn’t stopped in momentum. In 2011 a series of hard aspects between Uranus and Pluto started the ball rolling. There were Grand Crosses with planets in Cardinal signs (These are Aries, Cancer, Libra, Virgo). Cardinal signs signal action. Grand Crosses have to do with challenges and being blocked.

Uranus, a major player here is the planet of independence and unexpected change. It had a hand in the “Arab Spring.”

Then there was the “Occupy movement” Uranus must have wrung his hands in glee as he and Pluto played with this one. Pluto’s job is to shift old energy that needs changing. He is never subtle—he is an explosion of change.

What’s different with this cycle of Pluto and Uranus? In 2012, the galactic equator stood at 0 degrees Capricorn. On December 21 of 2012, this is exactly where the Sun was parked.  At 11:12 GMT on December 21, the Sun touched what is called the “Dark Rift” located near the center of the galaxy.

The Dark Rift is what the Mayans called the “Cosmic Womb.” In their mythology, it is a place of great transformation, death, birth, and awakening from darkness.

With the Sun at the Dark Rift and Pluto in Capricorn, rickety old paradigms that have held stable for decades are about to crumble. Pluto sent in the renovation teams to renew from “urban blight.”

The players are Uranus, Jupiter, Saturn, Pluto, plus minor support from Mars, Mercury, and Venus. Uranus is the “surprise” planet. He is uber impatient. He always craves the  new and exciting. He invents, and is always ready to instigate a revolution, but only if it brings in higher awareness. Uranus rushes in without planning or forethought. He is impulsive and brash. He likes surprise.

Uranus made a strong square aspect to Pluto from June 2012 to 2015. Squares are challenges that must be met. He brought upheaval that will lead to social, political, and economic change. This could mean chaos as the change replaces old ways of doing things. Squares are rarely met without stress, frustration, and initial confusion.

The last time these two Titans worked together was between 1932 and 1934. The the Great Depression happened, then global political chaos that led to the rise of extremist  dictators including, Adolph Hitler and Mussolini. The culmination was WWII.

Take a breath, though, this will not mean war. Some of the influences from that era are different this  time.The fixed-star Pollux for instance is involved, and some of the planets are retrograde, slowing things down and giving time to plan and think. We are not likely to go to world war over this. There is some Gemini influence that encourages talk instead.

Jupiter is named after the Roman God of Gods. He is Zeus to the Greeks. It is the planet of expansion, growth, largess, drama, religion, and higher knowledge. He works on a global scale and never thinks small. Jupiter trined Pluto from 2011-March 2012. This set up the letting go of the old cycle.

Where Jupiter plays its major role, is in the YOD that it forms with Saturn and Pluto. Yod means two planets of 150 degree angles and 1 planet that connects the two 60 degree angle.

This is a mirror of the 1989 Yod. Then we had Tiananmen square massacre, the Ayatollah Khomeini died, and the Vatican backed Solidarity Movement that culminated the  first anti communist victory in that part of the world. Jupiter is for the rights of the people and wont’ stand for deception or corruption.

Expect power struggles because the  status-quo doesn’t like to give up power and will fight to maintain its choke-hold over the common folk. Multinational corporations will, of course, try to hide their internal workings and keep their power.

Because of the Internet, the “power of the people” will have more influence over the fate of our nations, and will be  major influence in solidifying the changes that need to be made and in uncovering deception, cheating, and the shenanigans of politicians and corporations.

The Moon is close to the YOD and might take away some of it’s oomph. Fortunately,  the f fixed star Aldebaran is near to counteract the pull of Luna. Aldebaran adds energy and drive, and  is linked to Jupiter. Aldeberan’s is about safe-guarding social rights and she holds world leaders accountable for their actions.

The outcome of YODs are not easy to predict. YODs are like a fork in the road. You will get to the goal one way or another, but how you go about it is choice. We might have a great  rise in spirituality, tolerance, and a paradigm of equality. Then again, we might see riots and chaos as the fight for change emerges from the populace.

In December 2012, Venus opposes Jupiter. Oppositions always require a compromise. Venus, because she is the peacemaker will will try join the Saturn, Pluto and Jupiter in a bond of cooperation. The Sun sextiles Neptune and will add spiritual energy and awareness to the flow of the YOD.

Saturn is the Roman god of time-keeping—Chronos to the Greeks. Saturn is groundedness, solidarity, boundaries, rules, duty, and holding together. In October, 2012, Saturn entered the Scorpio and will stay there for three years. Saturn only takes on the cloak of Scorpio about every 28 years. This combination tends to bring out our fears about death and rebirth. If you have dealt with these issues, you won’t feel the energy of this.

What’s different, is that this time Saturn is in mutual reception with Pluto in Capricorn. Saturn rules Capricorn, and Pluto rules Scorpio, so they understand each other better. It’s like walking a mile in each other’s moccasins. So, this time around, they should be able to work together harmoneous ways.

In December, 2012, Saturn and Pluto are starkly about transformation, globally, and personally. This time the belief and faith that we can succeed in creating a better world is stronger than ever.

With Scorpio and Capricorn involved, we should see attention going toward gay marriage, marijuana legalization, and HIV/AIDS treatment, plus global women’s rights.

Pluto brings transformation, upheaval, and radical change. In the right combinations with other planets, he is Godzilla in Tokyo, toppling governments, creating earth changes, crushing the old, outdated ways into rubble. Pluto is like India’s god Shiva—The creator and destroyer. Whatever is not serving the greater good will be destroyed. Whenever Pluto is involved with the other major planets, expect trial by fire, destruction, and rebirth.

However, Pluto, like all the other planets, doesn’t work alone. This time, he has taken up arms with others who will direct his “march to the sea” into more constructive ways that will shift us more gradually, but not too gradually.

Expect trauma-drama around the economy, clean energy, the environment, and will bring out any secrets that are counter to the greater good.

More about the YOD:

A Yod is the “finger of God,” a fated event or experience. Yods always show  transformation, even if it is uncomfortable or painful.  A YOD is a tightrope contest. Two forces push and pull at each other until one of them topples the other. Saturn and Jupiter are on opposite ends of this tightrope.

Geologically, this could trigger volcanos or earthquakes but not on a scale that would destroy the planet.

Expansion and progressive thinking (Jupiter in Gemini—communication and thought)  pulls against Saturn who is always against change. He is about keeping things solid and stable.

But, Saturn is in unhappily in Scorpio, the sign of deep transformation, death, and  rebirth. Saturn’s stodginess itchy in this sign. The result is that the old guard of world financial power will be forced to change their ways. They won’t go down without a fight.

When there is a strong YOD in place, a choice must be made to stay with the old way of doing things that has brought bubble and bust cycles, or do something different that has the promise of positive change and stable, sustainable growth.

Saturn wants regulation. Pluto is bursting to hack and burn. Jupiter calls for big change and big communication via the Internet, to help bring about the change.

Even with all that drama, there isn’t much to indicate any global cataclysmic event. Yods generally deal with transformation, but on a more subtle level than the destruction of a whole civilization.

In my never-to-be-humble opinion, this is about changing belief systems and moving forward in spite of those who would send us tumbling into the dark ages in our social and political arenas.

Th other guest at this party is Neptune, the planet of illusion, psychic awareness, and spirituality is holding hands with the planetoid Chiron. Chiron is in Pisces, Neptune’s native sign. This will  help the process of progress and change by increasing telepathic and spiritual vision in those who are spiritually aware.

As for Zacharia Sitchen’s prediction of the giant planet Nibiru crashing into the solar system on December 21, 2012, I think a planet larger than Jupiter on its way here would have been spotted by now. Plus, according to astronomers, this kind of orbit of a giant planet is not scientifically possible.

The USA will probably experience the changes most in 2014, when the linebacker planets involved in this drama make hard aspects to the USA horoscope.

All in all, if the energies play out in the highest good, this could mean deep and lasting change to end the power struggles between progressives and conservatives that have so crippled our nation’s progress. Since Jupiter is involved, there will also be change within organized religion.

This cycle of planetary influence toward great and wonderful change comes to an end  when Pluto goes into Aquarius in 2024. According to some, that’s when the beginning of the age of Aquarius really begins. This is hopefully the dawn of understanding, tolerance, and the greater good will.

A Note about Schumann’s Resonance and its Role in 2012

Outside of the planets and their influence in 2012, there is the issue of the Shumann Resonance.

Shumann’s resonance helps scientists determine the strength of the earth’s magnetic field. For many centuries, it was constant around 7.80 cycles per second. During the 1980’s it rose to 11 cycles per second and is continuing to increase.

I don’t know much about geophysics, but I did read somewhere that if the magnetic field is gone, we would be toast in an instant. If this has happened every 11,000 years, and we were NOT toast, apparently, then something else must happen to the magnetic field other than disappearing.

In many spiritual traditions, this stopping and restarting of the core’s spin signals  the beginning of the new Golden Age. This, many believe will happen in 2012. The fossil records show that this rotation stopping and starting happens about every 11,000 years. We are due.

However, the earth has surprised us before. It won’t be long before we find out if this prediction is true or not.

Buck Rogers, Over and Out!

If you are interested in learning astrology or having your astrology chart done by a REAL astrologer instead of a computer, check out my awesome astrology course and services at

According to a lot of people, December, 2012  would have brought either great disaster, or great awakening. Many astrologers were wearing the pads off of their fingers writing about this. Most of them agreed that it would NOT be the end, nor would there be a great awakening but there would be changes.